Richard started designing websites way back in 1995. Since founding Clearleft with Andy Budd and Jeremy Keith, he has worked with a multitude of clients to translate their ideas into new and improved digital presences.

Richard began his career designing the UX of web sites for numerous dot com start ups as well as large organisations including Barclaycard. He moved on to become the user experience lead at Multimap, Europe’s most popular mapping site, which was acquired by Microsoft.

At Clearleft his work includes designing a radical new location-based search for Gumtree, creating a responsive, mobile-friendly site for Kew Gardens and redesigning the Royal Borough of Kensington & Chelsea website from the Council’s internal culture outwards. He has recently redesigned the online checkout for a global fashion brand, and is currently redefining the digital strategy for a children’s campaigning charity.

Richard was named as one of Wired UK’s top 100 digital power brokers.

Richard has a love and fascination for typography. He created Clearleft’s Fontdeck web service, in partnership with OmniTI. As a self-appointed web typography evangelist, Richard is chief organiser of Clearleft’s Ampersand web typography conferences. He also put together webtypography.net which translates Robert Bringhurst’s typographic guidelines into CSS, recently open sourced. He successfully Kickstarted a web typography book, currently in progress.

Richard is a member of the IxDA, London IA group and ATypI. He has spoken at numerous conferences on user experience design and typography, including An Event Apart, UIE’s Web App Summit and UX London.

Richard is an avid Chelsea FC fan, occasionally shouting from the stands at Stamford Bridge. He loves mountain biking and recently rode all 100 miles of the South Downs Way with fellow Clearleft cyclist Jon.

For some reason Richard still buys CDs and vinyl, and fancies himself as the arbiter of musical taste in the office. He writes about the web and typography on his blog. His favourite font is currently Ingeborg designed by Thomas Gabriel of Typejockeys. 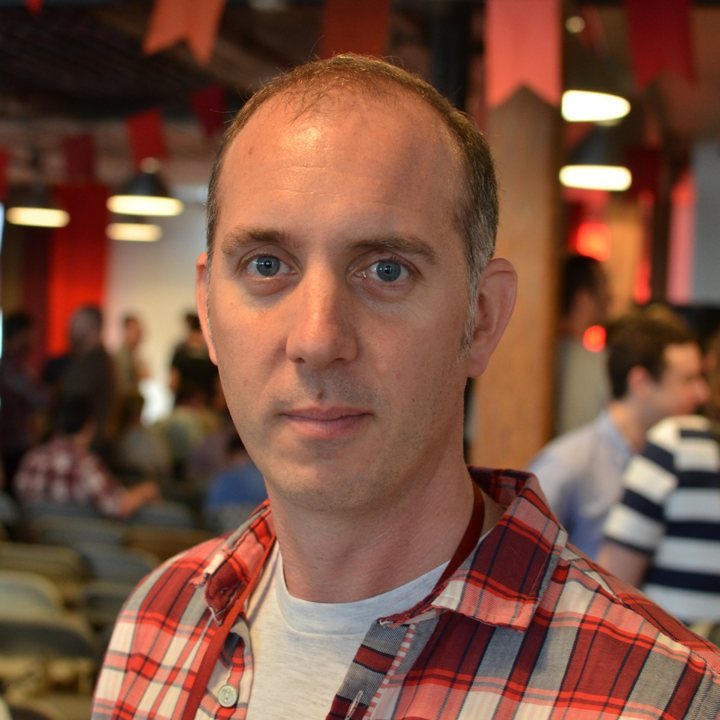