James is a visual designer with experience in digital marketing and e-commerce.

He’s been hooked on computers since the mid 1980s when his father – then a programmer – unveiled his first home computer. Many years of typing, Photoshopping, and gaming later, he made his first working website in 2002 for his hard-rocking art school band Skintight Jaguars. After graduating in graphic design James’s first real “web” job was in 2007 – designing, executing, and monitoring email marketing campaigns at totaljobs.com.

Before joining Clearleft James worked as a freelance graphic designer for over seven years, tackling a diverse range of creative briefs for clients around the world. These projects involved front-end design and coding, photography, illustration, and plenty of print design, including the wonderful Things & Ink magazine. Starting in 2012 he spent three years designing web pages, emails, and graphics for e-commerce startups Luxodo and About You in Hamburg, Germany.

As a freelancer James worked closely with many smaller clients, often as the only creative on a project. At Clearleft he brings his broad range of skills into focus, helping to create neat and effective user interfaces for the growing variety of platforms we use to interact with the maturing web.

James believes that successful design requires attention to detail at every level, from a wide-angle overview to a precise close-up perspective.

James’s first project with Clearleft is designing a responsive website for Theirworld, an international children’s charity.

James enjoys reading and learning, particularly about philosophy and related humanities. He’s also a keen photographer of people and an enthusiastic (beginner) snowboarder.

Since moving to the seafront he’s been sure to make the most of the beautiful ocean vistas and sunsets of Brighton. Well, Hove, actually. 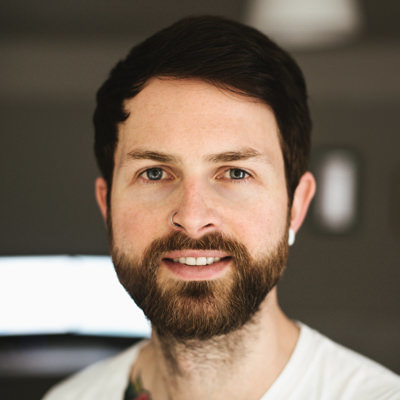