Graham’s first experience of the internet was a Yahoo! chat room over a 33.6k modem while living in Saudi Arabia after getting their first ever ISP.

Having completed a degree in Artificial Intelligence, Graham found himself in the world of web development, learning everything he knows from CSSZen Garden and a big book of PHP.

Working at recruitment companies, Graham has built sites for such companies as Sky and M&S, and since going freelance, he has worked on sites for Magnet, Manchester International Festival, Guru and Kestrel.

Graham’s love of computer games and his fond memories of the early 2advanced studios flash websites, has left him with a desire to bring a bit more interaction back into flash-less websites. Always keen to dabble with new languages, libraries and hardware, Graham seeks to find, or even build, some order in the web chaos.

Graham typically likes to feed his video game addiction on one of his numerous computers and consoles. However, in more recent times, his compulsion to remove himself from the lure of an LCD-lit cave and explore the outside world has grown. He is often found at web conferences, indoor rock climbing, baking, taking photographs and editing the odd short film. And certainly not playing World of Warcraft anymore. That ruins lives. Just say no, kids. 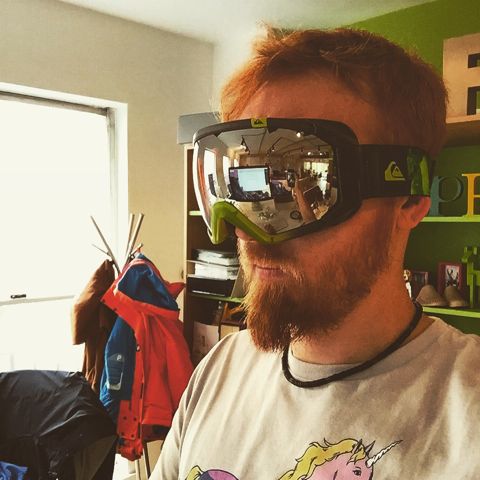