Ben brings his extensive experience of interaction design into the modern world of responsive, multi-platform design.

Ben started designing web sites back in 2003 whilst studying for his MA in Interactive Design. Since then, he has worked for a wide range of digital agencies in the UK, Australia and New Zealand. This has seen Ben design sites for some seriously big brands including Audi, Investec, Westpac and Hyundai.

At Clearleft, Ben’s role means solving design problems right from big picture ideas all the way through to finessing the fine details. Ben makes designing look effortless – a difficult trick to pull off.

Ben’s strong founding in interactive design (dating right back to the era of full Flash websites and rich media) has paved the way for a vital approach and set of responsive multi-platform design skills. Ben is currently working on an asset-management web app for a multinational entertainment organisation.

Out of the Office

Ben is the officially the biggest vinyl collector in Clearleft (he does have competition in that regard). He also love the Big Outdoors, in particular climbing and walking. Ben also spends his spare time tinkering with Arduinos and other microprocessors, and building stuff with power tools (such as his standing desk). 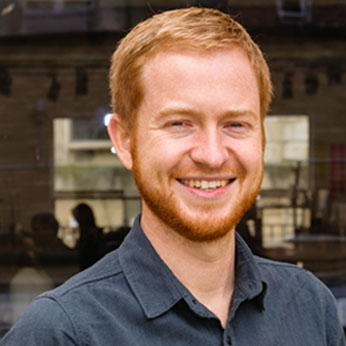