Andy started designing websites in 1998. He founded Clearleft with Richard Rutter and Jeremy Keith in 2005 and now sets the company direction, cultivating relationships with clients and promoting the work we do at Clearleft.

Andy began his career at Message, a small design studio in Brighton. Here Andy honed his skills as a visual designer and front-end developer. It was during this time that Andy was a major contributor to the pioneering Web Standards movement, culminating in his best selling book, CSS Mastery.

At Clearleft, Andy’s experience and understanding of what makes a successful digital project finds him providing advice and strategic consultancy to clients, as well as planning and troubleshooting projects with the Clearleft team.

Andy was named as one of Wired UK’s top 100 digital power brokers.

Andy spends a significant proportion of his time promoting the design industry at conferences and in the wider media. He is an advisor for .net magazine and a invited judge for past BIMA and .net awards. He is an organiser of the Brighton Digital Festival as well as the originator of Clearleft’s popular design conferences, dConstruct and UX London.

Andy donates his time as a mentor at events including Seedcamp. He was a guest lecturer at New York’s School of Visual Arts, and is a mentor at London’s School of Communication Arts, helping young web designers find their way in the business.

Andy has spoken at numerous conferences including An Event Apart, South by Southwest,UX Australia and Inspire.

Andy loves to travel and gets away five or six times a year, usually combining business with pleasure around the world. He used to teach diving and recently returned from a trip to Sipadan-Mabul. Hand-in-hand with travel goes a love of cooking – if you need a good vegetarian recipe, you need look no further.

Andy is a big film fan, one of the main reasons for Clearleft’s monthly movie nights. Despite his love of movies, Andy’s favourite film is Freejack. 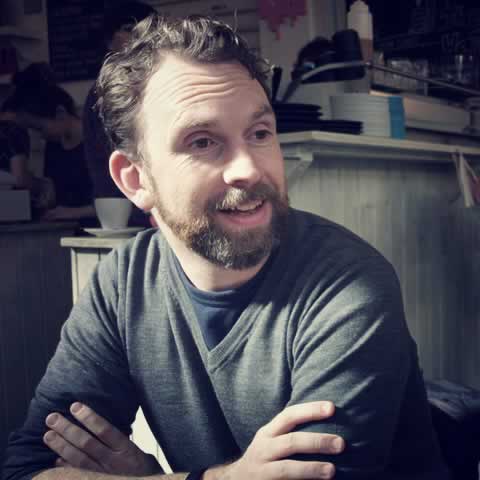